You know the drill..

Here a case to watch.

He had been celebrating the July Fourth weekend wakeboarding with three friends at Emma Long Metropolitan Park when the accident happened. Brochtrup had just finished his turn on the wakeboard when a tow rope popped off the back of the white Sea Ray ski boat.

Brochtrup jumped out of the boat to grab the line. Unaware that Brochtrup was in the water behind him, 18-year-old driver Patrick Houston put his family's boat in reverse.

The propeller caught the top of Brochtrup's right leg and twisted it around, chopping deep into flesh, muscle and bone.


According to the suit, the manufacturer of the boat and motor did not have safety devices, including guards or covers, to prevent Brochtrup from becoming entangled or stuck.

How the hell they found the manufacture mostly liable is beyond me. Because of a young inexperienced boater, the price of boats maybe going up more.
Last edited by toondog on Tue Apr 06, 2010 3:44 pm, edited 3 times in total.
96 20 special Grumman 50hp evinrude
13 Blazer outboard jet boat
11 12ft Perception Kayak
18 250 6.7 powerstroke

this is why I fear every rental boat i see on the lake. bunch of newbs that dont know shit about common sense or responsibility.

guards around the prop? ha!!! as far as i know, all boats have a sticker on the dash that motor should be off when swimmers are in the water. duh!!! any competent person can read that.
24' 1989 Starcraft 23.1mph gps
60HP Evinrude
'96 GMC Jimmy "The Demon" custom 8 ball lever 4x4
no muffler or cat. just strait to the back

It is alway hard when you did not sit in the courtroom and hear all the evidence.

I think that I could not have come to the same conclussion as the jury. Being around boats for as many years as I have I know most boating accidents are cause by stupidity, and or drinking.

It could happen to anyone and hope it never happens again,but get over it and learn from your lesson. Holding the boat manufacture responsible is just wrong in the case of someone backing over someone else.
2001 22' Tracker Regency (sold)
2001 Mercury 90 HP (sold)
Elm Grove, La
Lake Bistineau
Top

HandymanHerb wrote:All it takes is a slick lawyer and obama voters


I thought Johhn Cochran was dead!

HandymanHerb wrote:All it takes is a slick lawyer and obama voters


I thought Johhn Cochran was dead! 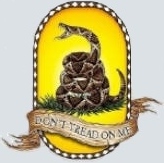 jimrs wrote: Being around boats for as many years as I have I know most boating accidents are cause by stupidity, and or drinking.

Yep in my 26 years of boating, I can say nearly EVERY accident I've seen/heard of had something to do with operator incompetence / negligence or involving alcohol.

jimrs wrote: Being around boats for as many years as I have I know most boating accidents are cause by stupidity, and or drinking.

Yep in my 26 years of boating, I can say nearly EVERY accident I've seen/heard of had something to do with operator incompetence / negligence or involving alcohol.

The same type of jury who gave the dumb ass woman who spilled coffee in her lap a big pay day. Think about who servers on these juries, only the one's who are too dumb to get out of it or the ones who think $25 a day is good pay! I used to enjoy jury duty until about 20 years ago. Now I always find a reason not to serve, the folks who do are for the most part dumb as a stump. Does no good to discuss the facts of the case, they just don't get it.

It's the liberal law of jury awards. The deepest pockets are the guilty party.

Mercury marine and sea ray were found 83% at fault and the driver 17 % at fault. The driver pays nothing. I heard the lawyer for the plaintiff interviewed on the morning radio. He sounded like the typical shyster type. He claimed the manufacture put profit over safety, blah blah blah. There are ways to put safety devises on the out drive that they refused to do. Claimed the manufactures could prevent needles accidents every year if they just added the safety devise. He compared it to Ford refusing to fix the Ford pinto gas tank in the 70s. Now how many boats are in the water each year. In 2008 there were only 176 propeller accidents with 166 injuries and 24 deaths. That's the whole country. And like said above, I'll bet almost everyone involved someone dong something stupid. It may even be lower, I got this off the U.S. Coast Guard site. Those first statistics are way off the Coast guard numbers. 83 accidents, 5 deaths and 80 injuries from propeller strikes.

The same reason hardly anyone can afford to fly any more, the plane was at the top of weight limit and it was tail heavy, but you get a lawyer who's know how to play it for a big payday for his self, blames it on the manufacture and drives the price up for everyone.

A Philadelphia Common Pleas Court jury awarded $89 million Tuesday to family members of passengers killed in a Youngstown, Ohio, plane crash and a survivor, finding that the manufacturer of the plane's engine had concealed information about a faulty carburetor that caused the crash.

The six-seat Piper Cherokee, built in 1968, crashed shortly after takeoff following a refueling stop in Youngstown in 1999, killing Lendon Pridgen, 53, and his stepson, Anthony Cipparone, 15, both of Collegeville; Kenneth Tubman, 47, of Lower Providence, Pridgen's friend and a fellow chemist at SmithKline Beecham; and Daniel Diggen, 56, of Chester, Md. Tyler Johnson, 15, the only survivor, was severely injured.

Tubman's family did not bring suit in the case, which had been winding its way through Pennsylvania courts for the last 10 years.

The state Supreme Court twice rejected arguments by the lawyer for the manufacturer that the claims were barred under a statute severely limiting negligence lawsuits for defects in airplanes more than 18 years old.

The manufacturer, Lycoming Engines of Williamsport, Pa., did not respond to calls for comment.

Preliminary reports by the National Transportation Safety Board found that the plane was near its maximum weight limit when it took off, and that much of its weight was distributed toward the back, making for difficult operating conditions.

But Arthur Wolk, a well-known Philadelphia-based plaintiffs' lawyer who focuses on plane crashes, said the cause of the crash was a faulty carburetor. Wolk, who brought the case, said Lycoming Engines had long been aware of the defect but had failed to notify the Federal Aviation Administration.

The verdict by the 11-member jury came after a two-week trial. The jury awarded $25 million in compensatory and $64 million in punitive damages.
In Memory of John 6x6 Larsen

That is the type of settlement that makes everyone mad. The reason I don't get that mad is that after all these years after the McDonald trial I was informed that the Coffee was too hot and McDonald's was told that on numerous occations by employees, customers, and inspectors. But nothing was done to lower the heat. It was to the point of boiling was why they lost.

We never get the whole story just the highlights. I don't understand the jury finding for the injured and against the manufacture in this case. The guy should have not put the motor in gear and backed up. But like I said before I was not there and did not hear all the testomony so I will not try and second guess the verdict.

You can bet Brunswick will appeal this decision unless there was something we know nothing about was the actual cause of the accident and it was their fault.
2001 22' Tracker Regency (sold)
2001 Mercury 90 HP (sold)
Elm Grove, La
Lake Bistineau
Top

You mean running someone over with the prop might hurt em?
Wow, whoda thunk it?